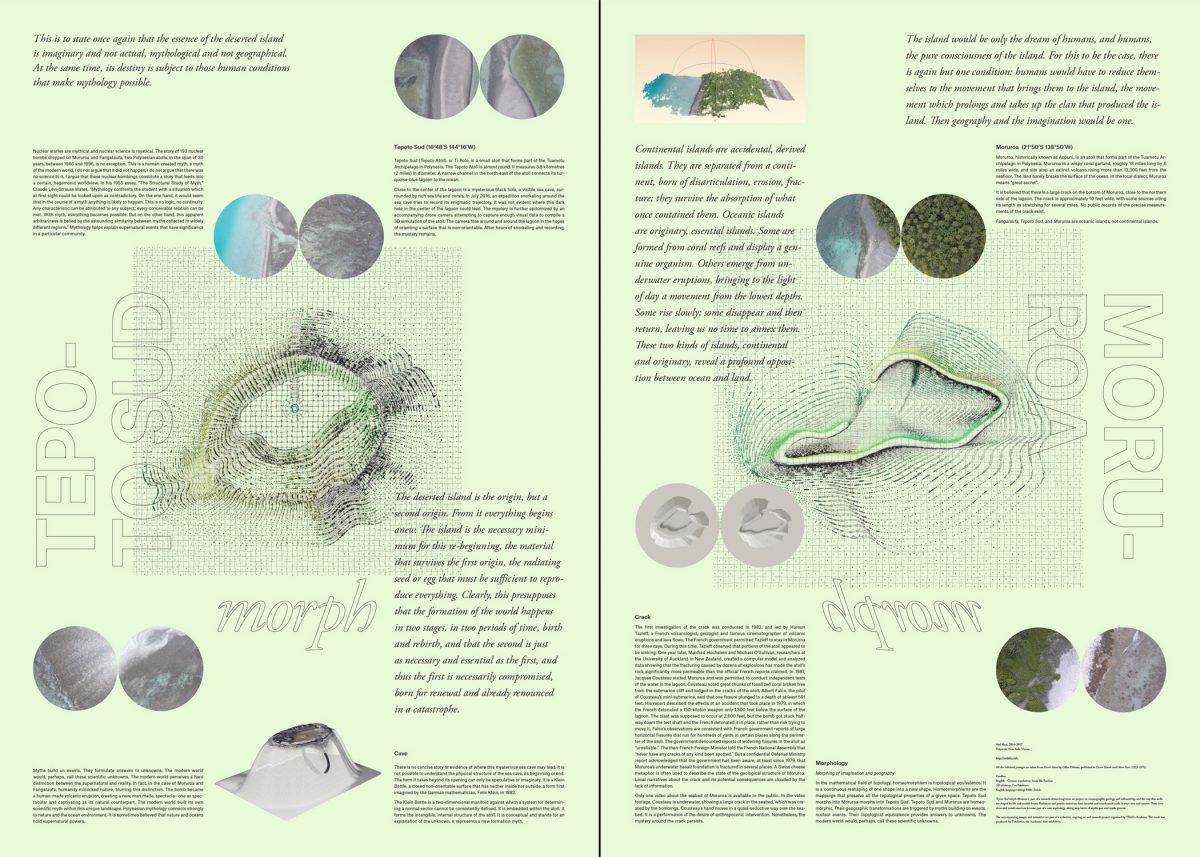 Tepoto Sud morph Moruroa is once again on view in Europe as part of Oceans. Imagining a Tidalectic Worldview in Dubrovnik and Lopud Island of Croatia between July 4 – September 30, 2018.
The exhibition Oceans. Imagining a Tidalectic Worldview suggests a different way of engaging with the oceans and the world we inhabit. Unbound by land-based modes of thinking and living, the exhibition and concurrent symposium are reflective of the rhythmic fluidity of water and the incessant swelling and receding of the tides. With this, the third installment of TBA21–Academy’s first exhibition, and its first coastal display Oceans, presents 17 artists whose works cast oceanic perspectives on the cultural, political, and biological dimensions of the oceans, some examining the effects of human-made issues such as climate change and sea-level rise, and others reimagining human and “more-than-human” relationships. Curated by Stefanie Hessler, Oceans is comprised of nine new commissions, many the result of the Academy’s expeditions in the Pacific Ocean, alongside some exceptional pieces from the TBA21 collection.