The eight issue of Kayısı Kent A4, edited and designed by Atıf Akın, Bora Başkan and Can Pekdemir deals with subjects such as gentrification, environment and modern architecture in a satirical and sarcastic way. Mocking up stories about urban transformation and nuclear catastrophe, this issue mimes the tone in conventional media sources. Some of the headlines for the mocked up stories are as such: “Court Rules the Destruction of Mount Ararat”, “Goats Starve because of Radiation Spill and Come Down to the Cities” or “Short Cut Minaret Mosques are in Fashion and will be Built in Taksim Square”.

Kayısı Kent A4 is a zine where each issue is designed and produced by artists and they are copied and sold by mobile photocopiers in İstanbul. The project is initiated by Dilek Winchester in early 2010. 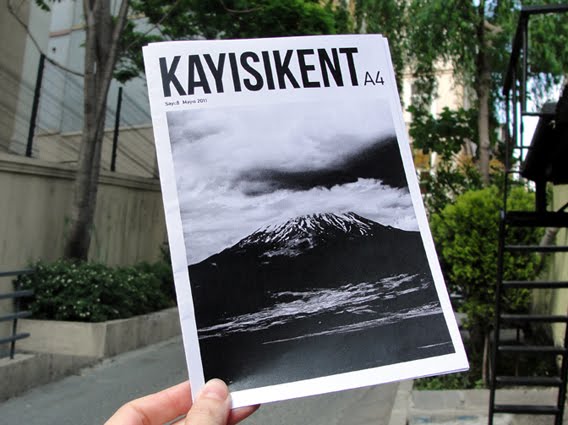 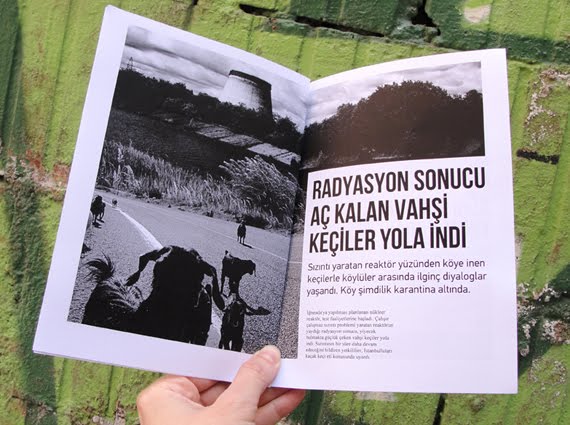